You can now download my past discography with my former rock band, State of Man (formerly JAD), free when you simply hit the

icon in the album players below (scroll under the videos).

In case you haven’t heard of JaD or State of Man, this was the independent rock band that scored a top 10 Billboard single and toured the world on our own record label. Download the entire discography below and check out some of the crazy State of Man antics around the world on YouTube here:

icon to download them below.  Once you hit the icon, simply opt-in via the new window that comes up and the album download will automatically begin.  Come back to this window and hit the

icon again to download the next album you want.:

Both Sides of the Story

The band formed on New Year’s Eve, 1999, under the name JaD (pronounced “jade”) as a Hard Rock band and later changed the name to State of Man when we began writing more top 40 style Rock songs.  Once my son was born and the economy took a turn in 2009, I stopped touring with the band to stay home with my family and we (the band) eventually disbanded.

I spoke to James Beale, the bass player, recently and we decided to give the music away since a lot of people have been requesting where to buy it.

I hope you enjoy the music and, if you haven’t already, don’t forget to check out my debut solo album, “Limitless Love & Light,” here: 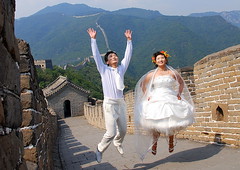 Image by Today is a good day via Flickr

Its a great day to be a State of Man fan becuase the full length album “In This Place” for State of Man is available today through iTunes, Amazon and more, ahead of the physical release this Summer!

Please take a minute to have a listenthrough iTunes or Amazon and be one of the first to get a copy!  Your support is greatly appreciated.

PS~ feel free to share this post with a friend you think may enjoy the message and music of State of Man!