Check out “Power of Love and #blacklivesmatter” & “We Matter

Did you notice any divisiveness around the use of the hashtag #blacklivesmatter not too long ago?  Perhaps that conversation is still going on.  Either way, you may appreciate the two new tracks below from my forthcoming album, “Limitless Love & Light,” that touch on it in a way I feel is loving (NOTE: play “Power of Love and #blacklivesmatter” and then “We Matter” to hear the two new songs below):

This is the first time the album versions have been released to the public for listening and the advanced CD release party on Oct. 11th in Atlanta will be your first chance to get a physical copy of the full album  (NOTE: online tickets are cheaper and selling daily, so be sure to get your tickets NOW at http://bit.ly/jstix ).

So, I completely understand people’s reactions like “All Lives Matter” when seeing the #blacklivesmatter hashtag –  I used to respond the same way.  However, I love what my friend Margaret Fuller commented when I first shared the spoken word text on Facebook:

“It took me a while to realize it, but by saying#blacklivesmatter, we ARE saying #alllivesmatter.”

You may be interested to know that I received inspiration for both of the tracks above shortly after watching this video:

If you like the tracks and video above, be sure to share them with others and pick up a copy of my first solo CD,  “Limitless Love & Light,” when it comes out.

Finally, I invite you to join my online community to stay connected:

Learn how to get your music noticed at ReverbNation.com 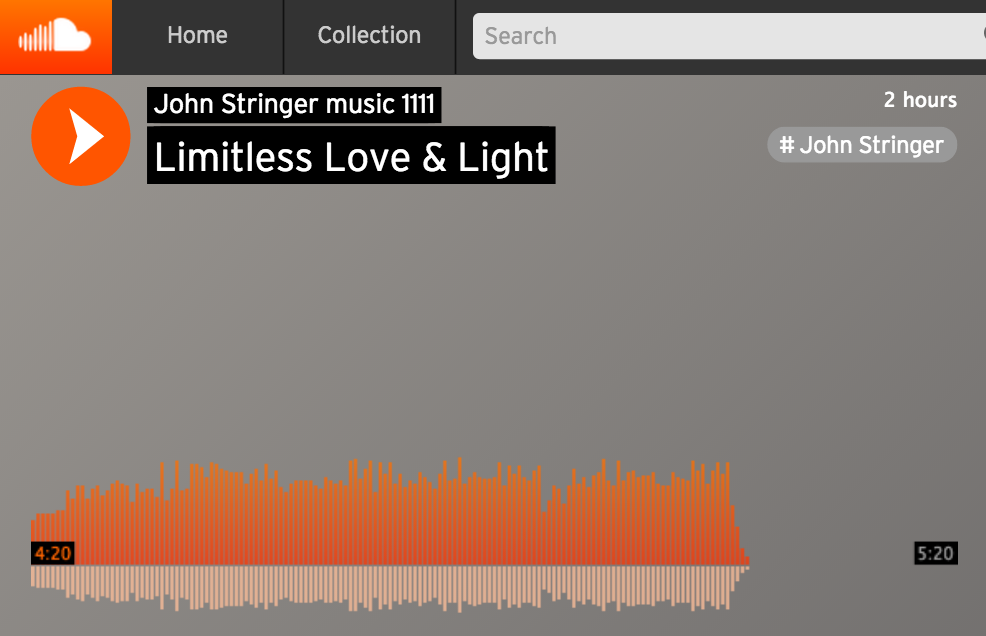 “Limitless Love & Light” CD is mixed, mastered, designed and off to press

Here is a sneak peek of one of the tracks – “You Are Welcome Here,” a song I wrote about unity at the request of Penelope Williams, Creative Arts Director at Spiritual Living Center of Atlanta:

I think of “You Are Welcome Here” as a song for anyone seeking to welcome love, peace and unity in their world and I’ve adopted it as a the theme song for my online community (which you can join here).

I gotta tell you… there are so many songs I’m itching to share with you from the CD. I’m like a little kid who unwrapped his Christmas gifts, so I can’t thank you all enough for supporting the Kickstarter to help make this happen!

We’ll get the physical copies just in time for the Advanced CD Release Party in Atlanta on Sunday, 10/11 (6 PM) at Trinity Center for Spiritual Living where I’ll be joined by several dear friends on stage.  If you haven’t picked up tickets / VIP packages yet, or just want more details, get them right here. 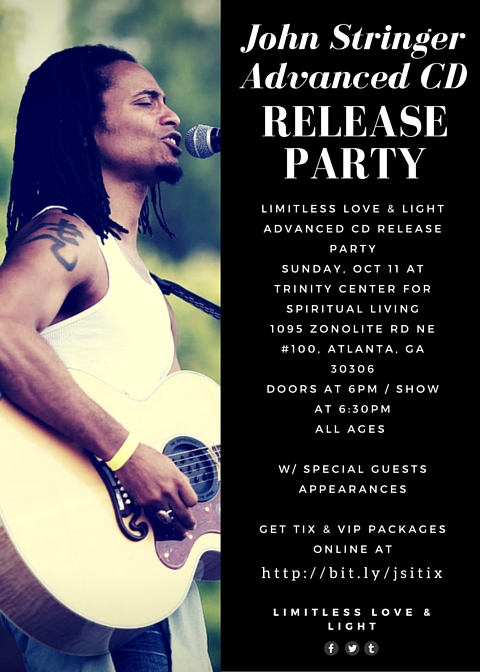 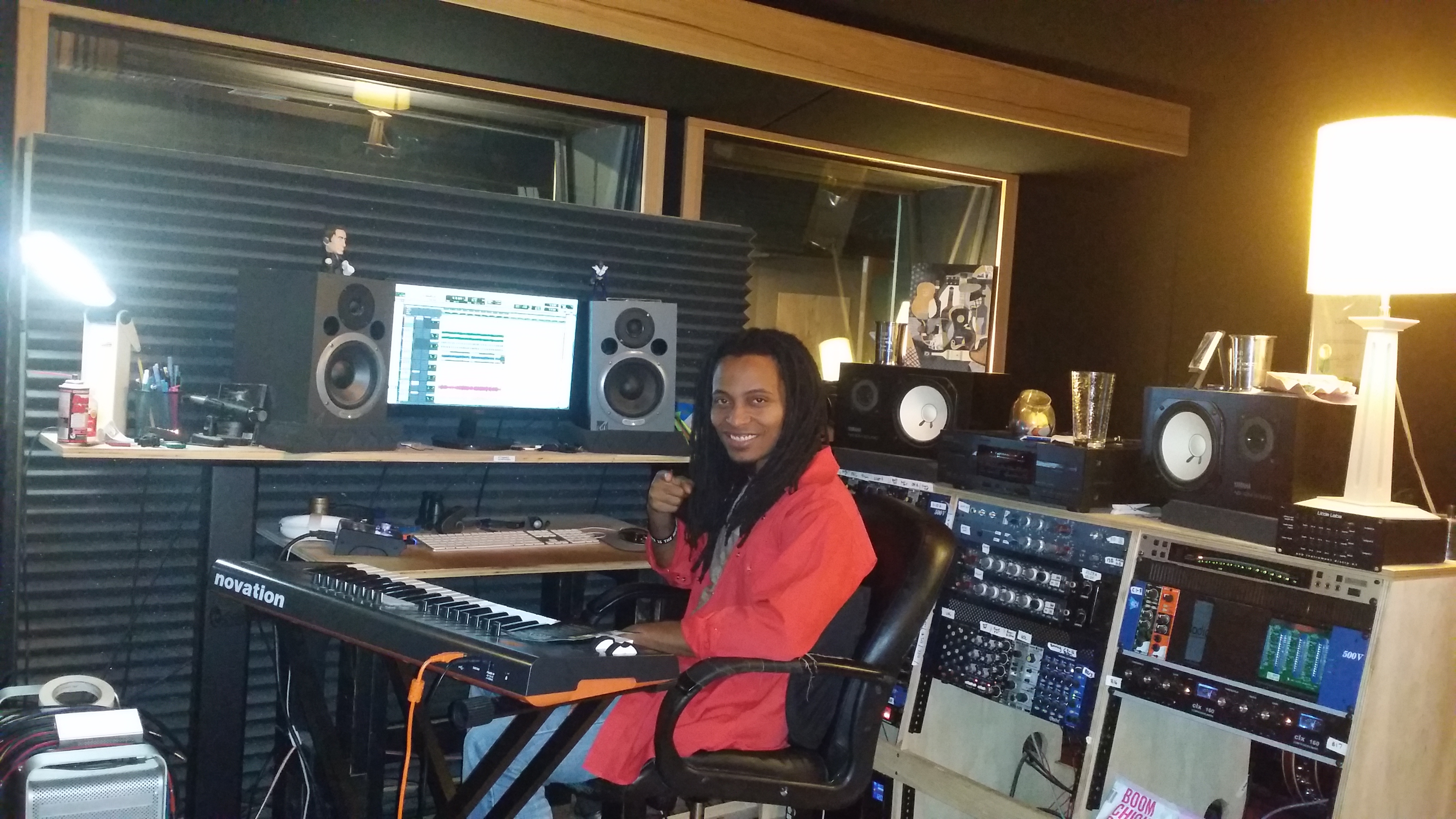 As you probably know by now, the Kickstarter campaign to record my 1st solo CD, “Limitless Love & Light,” went awesome, thanks to many of you supporting the efforts.  We’re already on Day 7 of production at Black Dog Sound Recording Studios and I’ve  been enjoying working with incredible producer Rick Beato (Needtobreathe, Shinedown, Crossfade, Trey Anastasio, State of Man, Stuck Mojo, Charlie Mars, Bullet For My Valentine, Dark New Day, von Grey and more) to make the entire album sound amazing!

Before I get into a little more about that though, I’ve got a very special request for the Limitless Love & Light supporters / community – it’s an opportunity to help bring more love and light to someone dear to this project.

Rick Beato shared a very sad situation with me yesterday that he and his family is going through right now and I’d like to ask you all to shower him and his family with affirming prayer, encouraging messages (reach him on his Facebook account) and whatever  love and light you can send his way.  In case anyone’s wondering, this is NOT a joke.  That’s all I’ll disclose  as I’m not sure if I’m at liberty to say more, but I do know I can ask you all for your help!

With that said, please check out this sneak peek of the production on “That’s Love” (featuring me on vox and acoustic guitar, Jesse Owen Astin & Rick Beato on electric guitars, Ade on percussion, Rick on drums, keys, bass and everything else) and a mini-tour of Black Dog Sound Recording Studios:

Join the Limitless Love & Light online community below to stay on top of everything to come:

Learn how to get your music noticed at ReverbNation.com 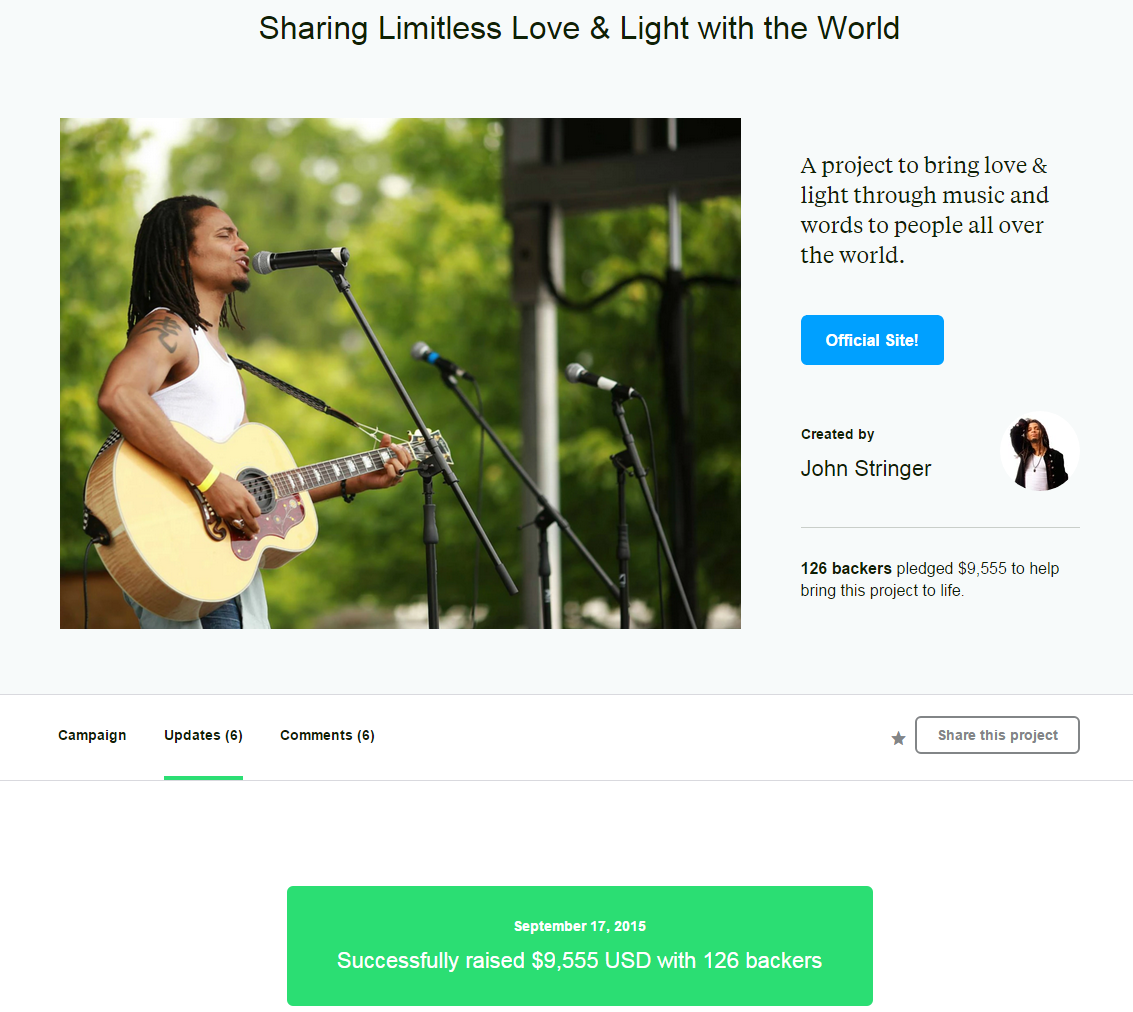 We did it!  You helped us successfully fund our Kickstarter campaign to record my first solo CD, “Limitless Love & Light,” and Kathy and I are so thankful for everyone’s help!  I filmed this just before the last day of the campaign prior to it ending to thank you all. Check it out:

Also, if you missed he sneak peek of “Accept it All” with the amazing Victoria Canal, you can catch that, and some behind-the-scenes recording in the following Kickstarter Update here.

Also, for all our supporters, we’ll be sending out an update next week to get your shipping information and let you know what’s next

In the meantime, we’ve got some amazing sows coming up in Atlanta, that we’d love to see you at, including this Sunday’s Founder’s Day at Trinity Center for Spiritual Living, September 26 with the Fying Mystics, a return to Spiritual Living Center of Atlanta, and Plug In and Power Up on Oct. 3rd.  Check them all out on the Tour page.

Finally, tickets for our Oct 11th advanced CD release party in Atlanta just went on sale here! More to come on that later.

Hope to see you at a show very soon!

p.s. Make sure to join the online community below to stay tuned for the CD release and all other important announcements: 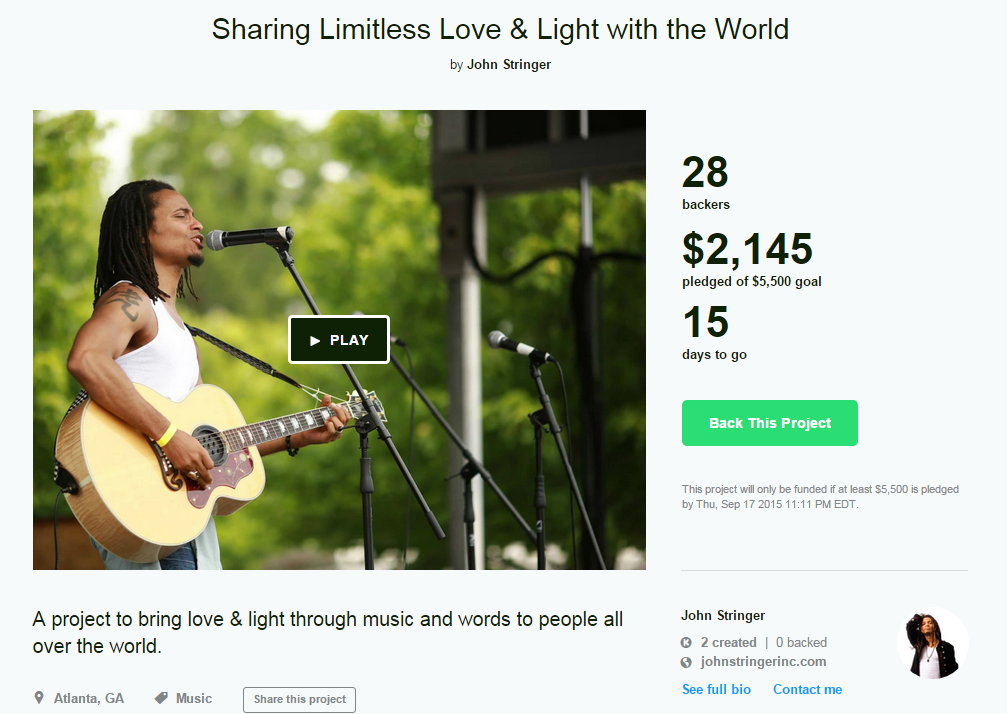 My Biggest Project Ever!

I just sent out the newsletter to make the official public announcement and I’ll share it here with you as well:

I’m excited, nervous, and a little emotional all at the same time:)

After 6 years, my debut solo album is extremely close to being released and I couldn’t be more grateful.

Now this is it, the crucial moment.

I’ve just launched a Kickstarter project that is all about spreading limitless love & light through the release of this album around the world (the video will give you the full story).

If we get enough momentum today, there’s a good chance we can get on the front page of Kickstarter which will give it a big boost!

But I need your help TODAY so we can keep this momentum going and hopefully get us featured by Kickstarter (which would be amazing).

CLICK HERE  to watch the video and see my “interesting” rewards:)

I’m really proud of them, please check it out.

I am truly grateful for all of your love and support. Let’s do this together!

P.S. I know you’re super busy but it would be amazing if you watched this now (takes like 3 minutes) 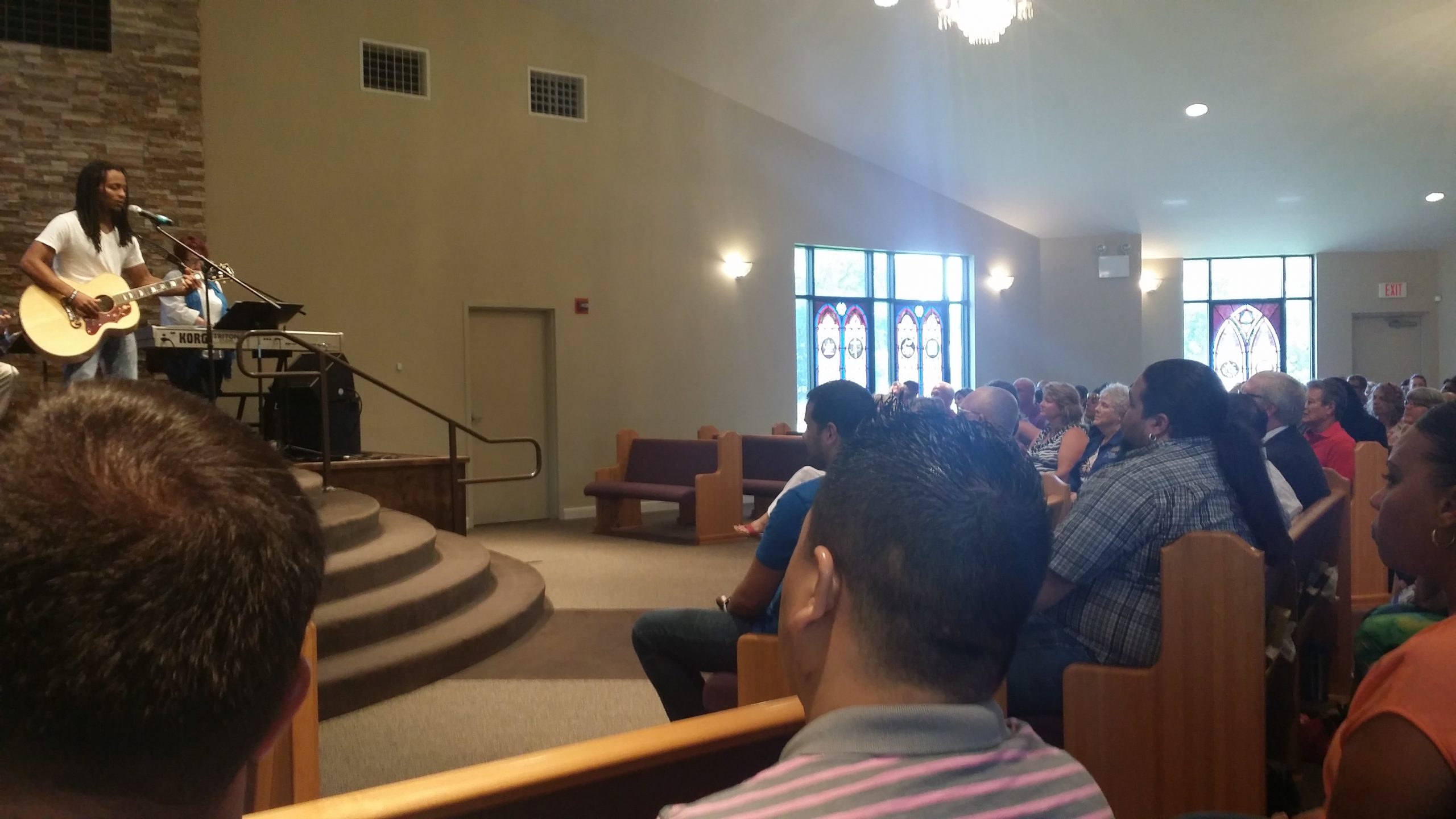 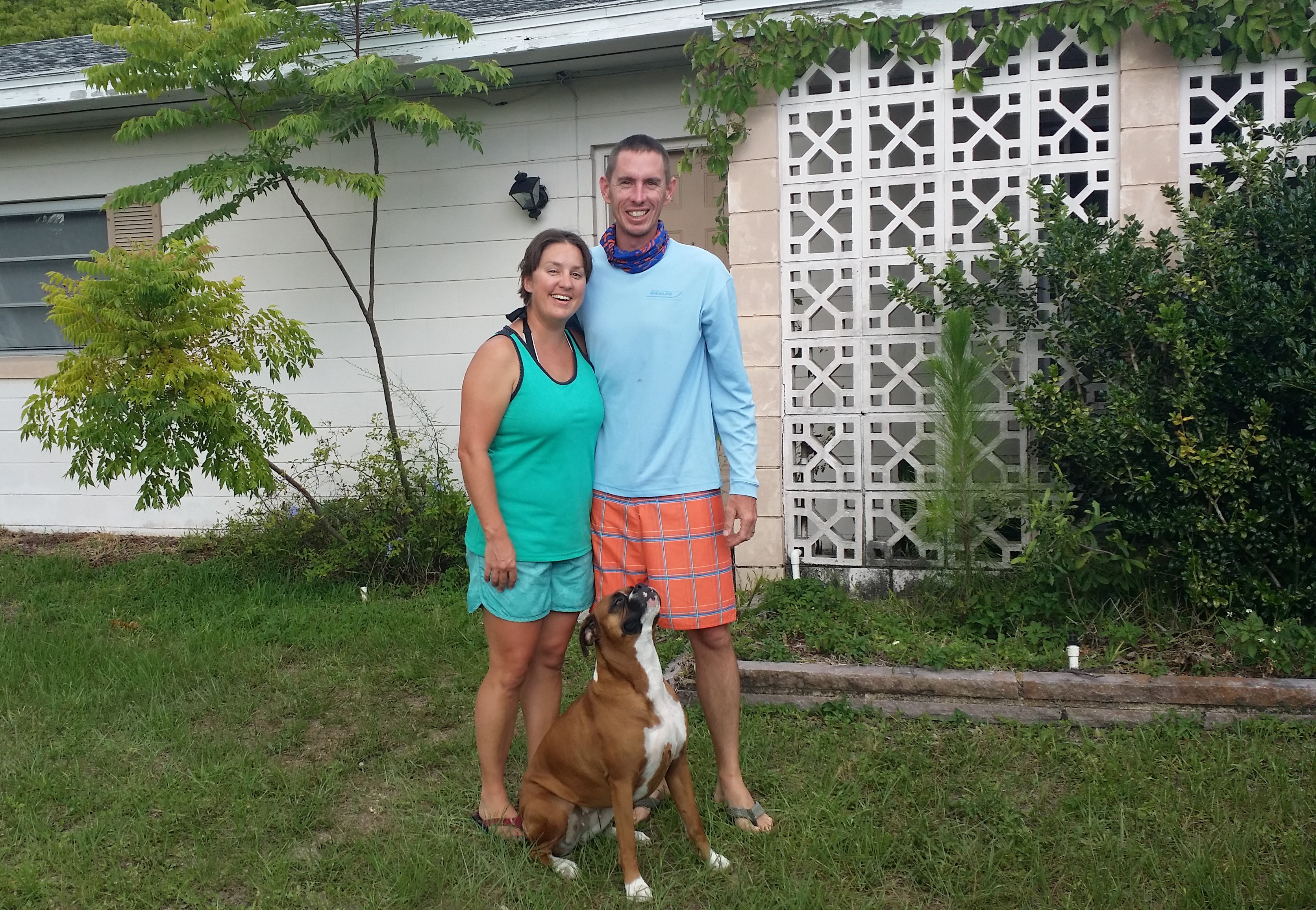 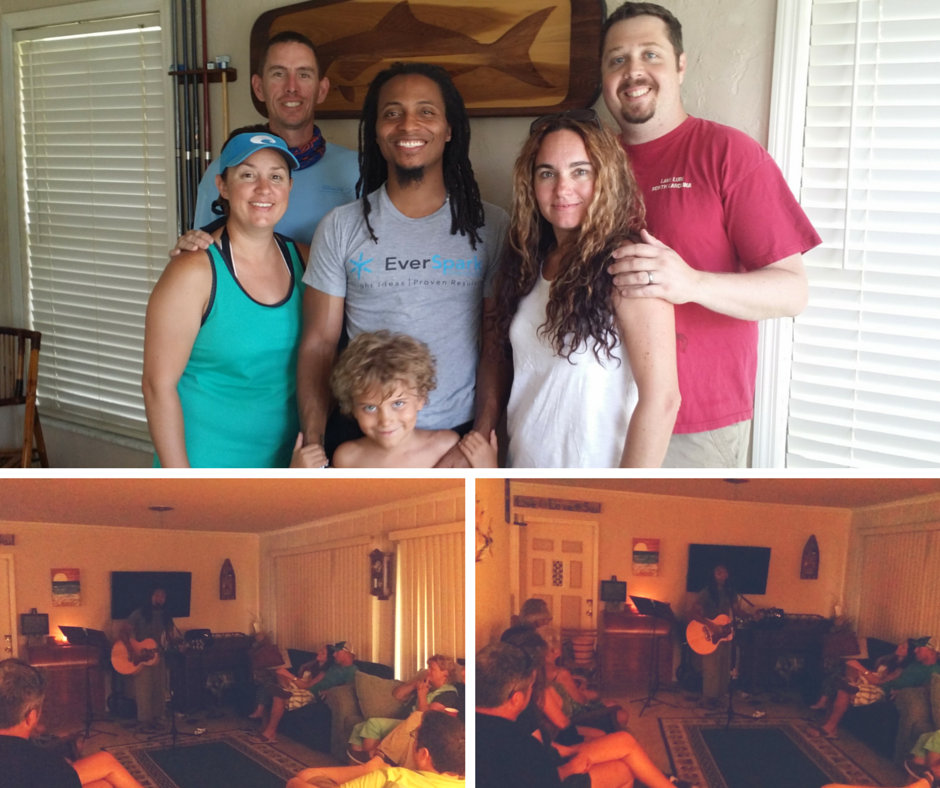 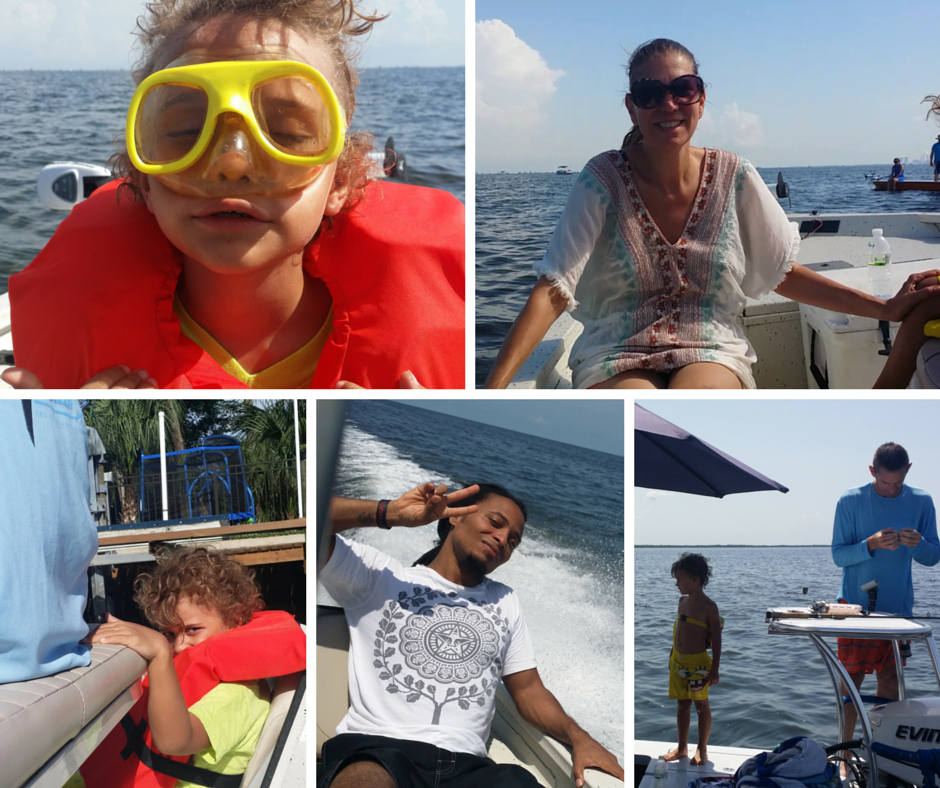 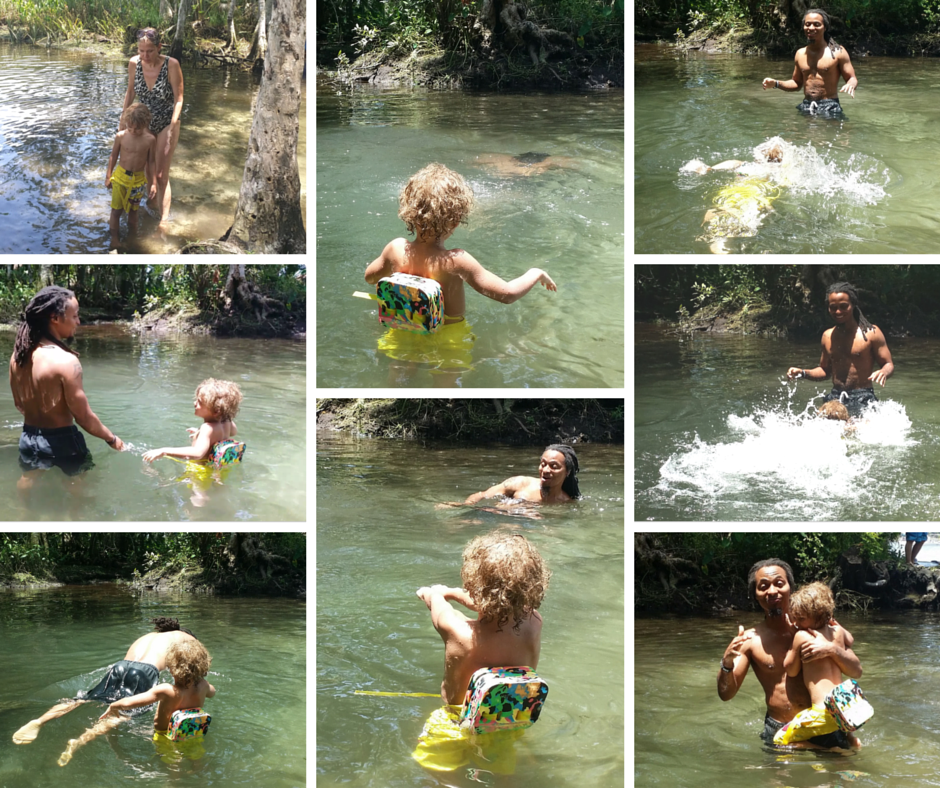 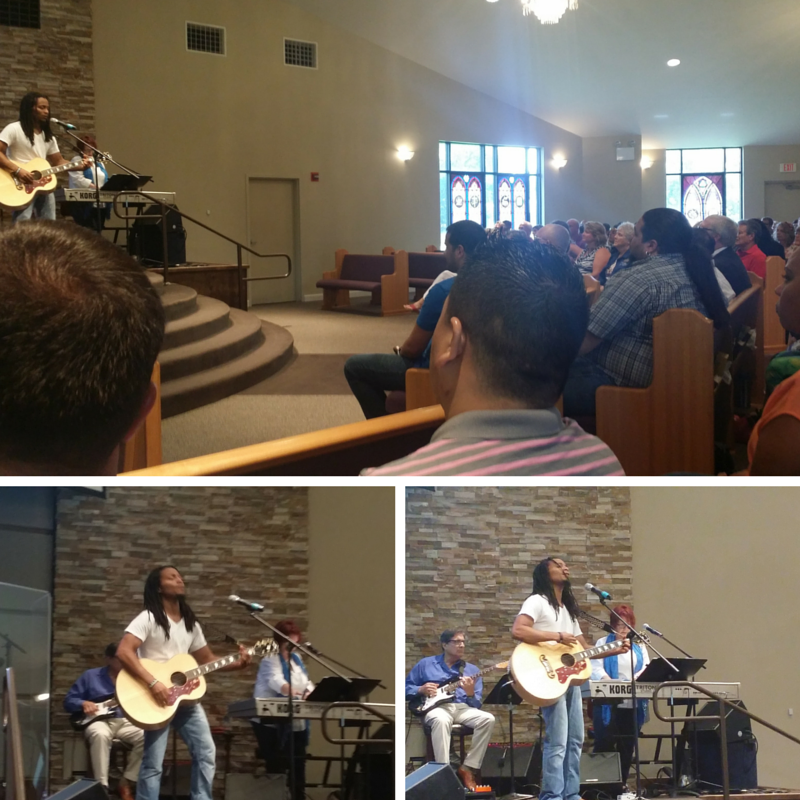