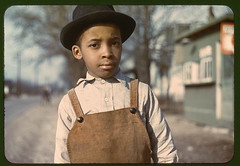 I am healing, correcting the false dichotomies I once accepted as REAL and that’s why THIS became an issue for me last month.  By “this,”  I mean the unfortunate exclusivity of  Black History Month (February) in America.  So I begin…

I am Black, Negro, Colored, Nigger,
Coon, Blackie, Indian, Red Man, Ingine, Whitey, Cracker, Honkey and many other social constructs, according to the “world” of human classifications.  For I have been told my ancestors are Nigerian, Cherokee, Choctaw, Irish and who knows what else…
But I believe… no… I AM greater than all of these classifications,
As are YOU.
African-American is one term to “describe” or classify me
but it is not nearly the sum of who I TRULY am.  And who and what I AM is something I am waking up to more and more finding it is beyond any limited definition I once accepted.

I accept African-American – the construct – as a limitation in describing my true essence, my IDENTITY – for as a classification that “we” have simply made up, it does not do me justice!  HA!

BLACK HISTORY
it is a segment of MY-story, his-story, her-story
it is a segment of YOUR-story
for it is part of the HUMAN-story
and all of humanity is intertwined.
YOUR story is MY story
We are One Humanity
and anything that limits our nature is simply a construct, an illusion
and though “this” construct may have some function
it is subject to all sorts of “threats” because it is limited
and only that which is real is limitless – cannot be threatened, cannot be destroyed

Yesterday, I listened sequentially to four of the recordings (messages accompanied by original music) I made for http://ping.fm/4BgLE as sort of a meditation and I felt both moved and healed in doing so.

These four tracks are effective on their own; however, if you choose to listen to all four sequentially, let me know if you have a similar experience
(NOTE: you can also download them free):

I’m pleased to announce that we (IndieHitMaker) just launched the public version of the new ChartBuster Program which shows independent artists exactly how to succeed with Download Cards and SoundScan.  In fact, we helped the very first “beta” artist we enrolled  get their first top 20 single on the Billboard charts in less than a month.

If you are an independent artist or comedian who tours and sales recorded material at your live shows and you’d like to increase your sales, fan base and charting potential,  this may be the program for you:

Like many independent artists, Corey Smith is finding “success” his own way.  But what sets Corey apart from many independent artists, is how he and his team are finding that success.  His latest independently released album, Keeping Up with the Joneses, debuted at #1 on the iTunes singer/songwriter chart and #35 on the iTunes album chart.  It also recently ranked #26 on the Billboard Heatseekers chart, #7 on Heatseekers South Atlantic and #9 on the Rock Folk chart!

I recently interviewed Corey’s manager, Marty Wisnch, for the first episode of the Music Industry Innovators interview series to find out just how Corey and team are creating their remarkable “success.”  As a special surprise, there is an amazing guest on the line with Marty and I that you’ll really appreciate hearing add to the conversation [*hint* I’ve blogged about this 3rd voice on the call several times before]:

Ohhh.. and if by some chance you haven’t heard of Corey Smith, you can take a listen to “Leaving An Angel” below and visit  www.coreysmith.com.
[youtube=http://www.youtube.com/watch?v=fe7qoyYrqtM]